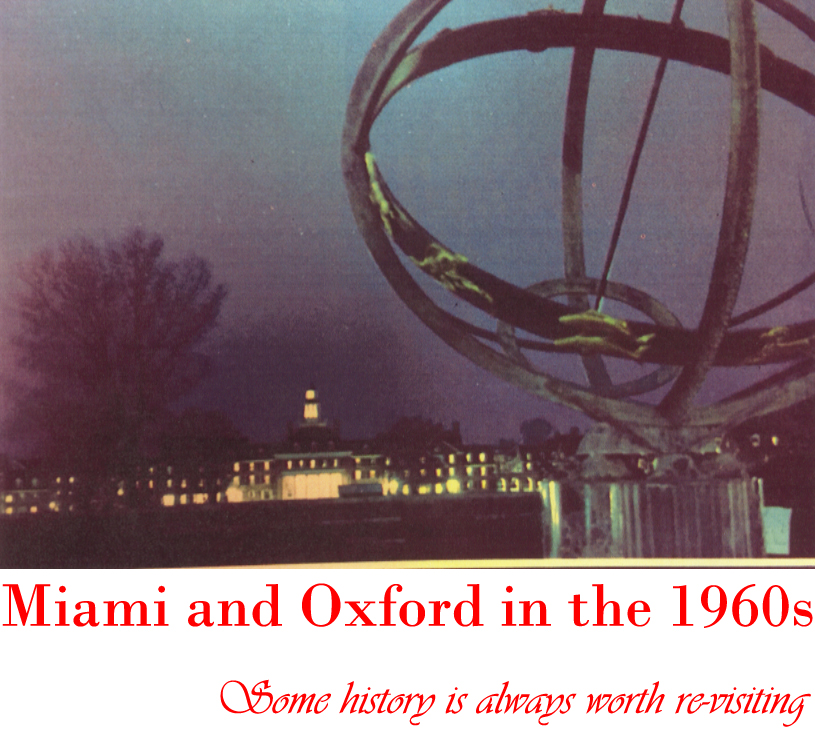 Many of the materials in this exhibit were made available through generous loans by two Miami alumnae, Sibyl Harris Miller and Carolyn Gordon. Both Miller and Gordon were actively involved in civil rights work during their time at Miami and preserved a variety of photographs, letters, flyers, and newspaper clippings. All other materials are held in the Special Collections & Archives at Miami University.