and now, Live from Miami… 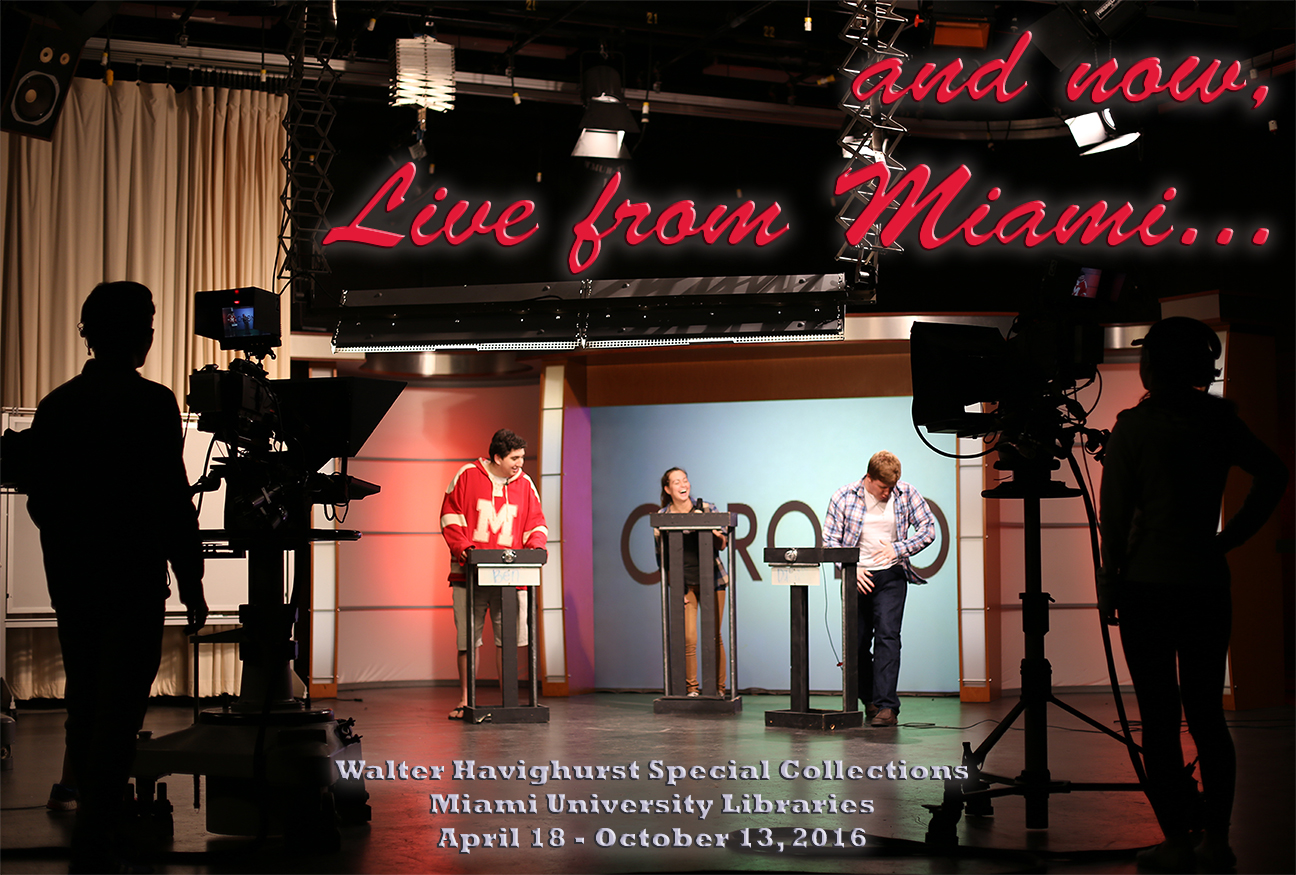 Miami University has a long and proud tradition of student involvement in both radio and television productions. This exhibit will celebrate five decades of students in broadcasting, including shows such as:

and many more! Many of these productions can be found online in the WMUB Archives.