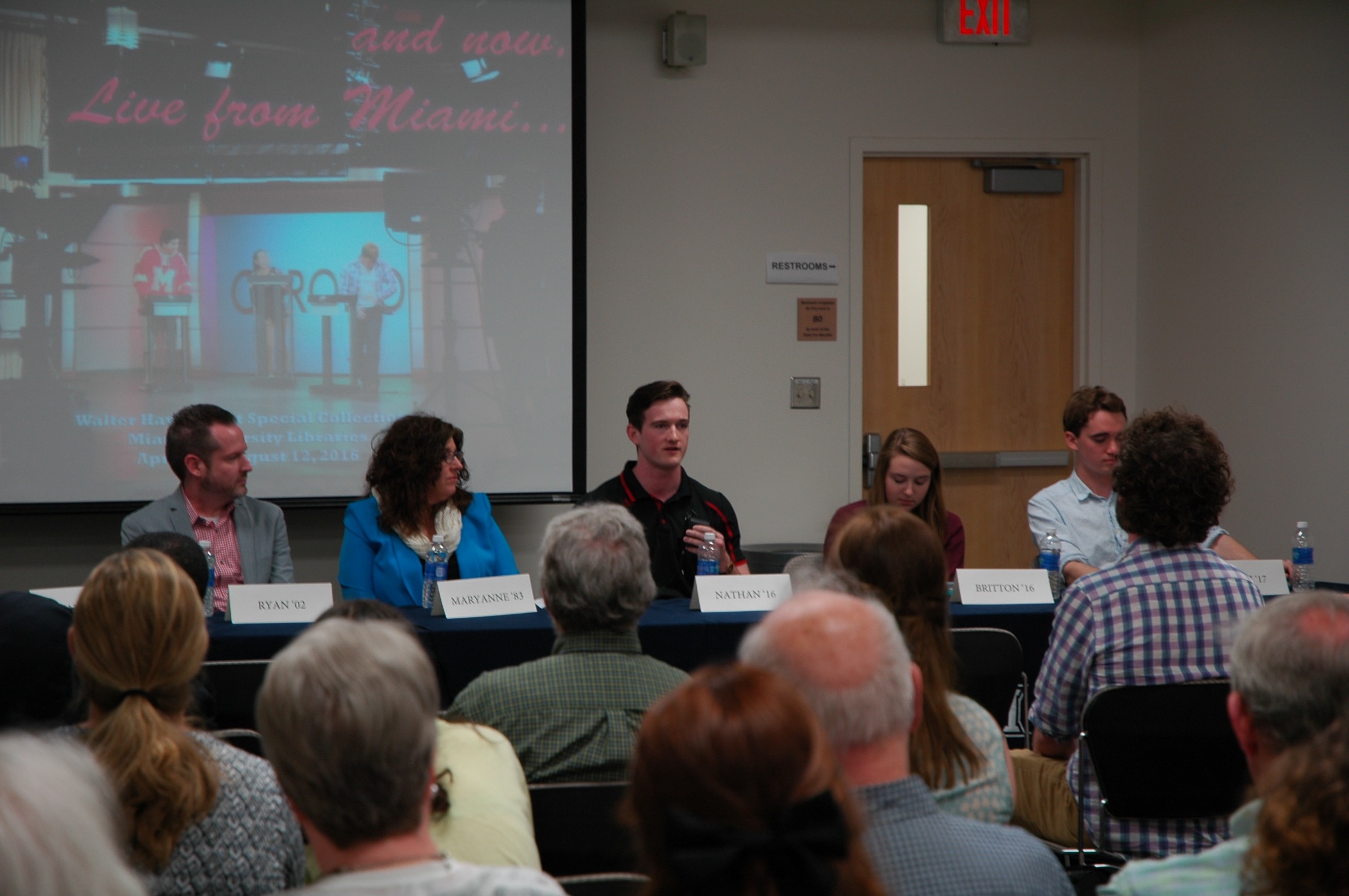 Nathan Hengstebeck speaking during the panel

2016: “WMUB & MUTV in Review”, with a panel of current and former students

Opening our 2016 exhibit and now, Live from Miami…, we had a panel of current and former students at our best-attended reception yet, discussing their experiences as students at Miami. The panel included Rick Ludwin (’70), Maryanne Zeleznik (’83), Ryan Lewis (’02), Tana Weingartner (MA ’07), Nathan Hengstebeck (’16), Britton Perelmann (’16), and Garth Herbert (’17). 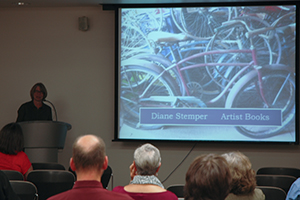 Building on the Fall 2015 exhibit The Creative Codex: Books as Art in the Walter Havighurst Special Collections, local artist Diane Stemper was invited to speak about her work. Several of her artist’s books were included in the exhibit. 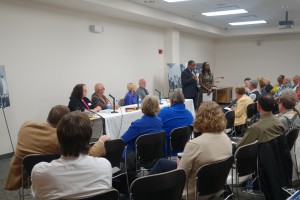