Basil Bunting Collection: This collection includes journal issues featuring articles pertaining to the life and work of British poet Basil Bunting; photocopies of newspaper clippings pertaining to the Bunting family; photocopies of notes made by Bunting’s wife, Marian; text and photographs from a posthumous exhibit about Bunting in Northumberland; postcards and brochures illustrating Bunting’s tombstone in the Brigflatts Burial Ground, the D.H. Lawrence Birthplace, and other English landmarks; and a recording of Bunting reading Briggflatts at the University of British Columbia, November 20, 1970, with an introduction by Peter Quartermain. 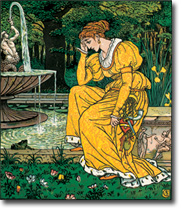 English Toy Theater Collection: The English toy theater was a craft hobby for children of the 1800s, which evolved from the popularity of theatrical portraits sold as souvenirs in London. Each toy theatre play (sold for either “a penny plain or two pence coloured”) was comprised of several sheets of paper illustrating characters and settings from contemporary productions that children would cut out, assemble and then perform in little wooden theaters for their friends and family.

Folios of William Shakespeare: The Walter Havighurst Special Collections is fortunate to hold a complete set of all Four Folios of the works of William Shakespeare, which were donated to Miami University in 1949 by Dr. O. O. Fisher. Fisher was a Miami alumnus (class of ’09) who went on to become an industrial surgeon and an avid book collector. The First, Second, and Fourth Folios are from the matched set once owned by Lord Leigh. The Third Folio was once a part of the collection of John Gribbel. 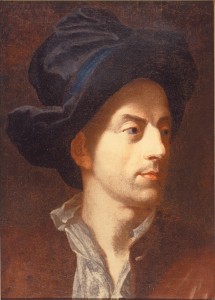 Matthew Prior Project: Photographic copies (photographs or photocopies or microform) of the nearly 3,000 letters to and from him known to be extant in manuscript or print. Special Collections owns four of the original manuscripts; the remaining original manuscripts are scattered among thirty-seven other repositories, both public and private, chiefly in the U. S., Great Britain, France, and the Netherlands, with nearly 300 correspondents represented. Daniel Defoe (1660-1731), English novelist, pamphleteer, and journalist, author of Robinson Crusoe (1719-22) and Moll Flanders (1722). A man of many talents, he was not only a writer, but also a businessman, secret agent, and journalist. The Defoe collection includes books, microfilm, documents, maps, notes and files on Daniel Defoe and early fiction.