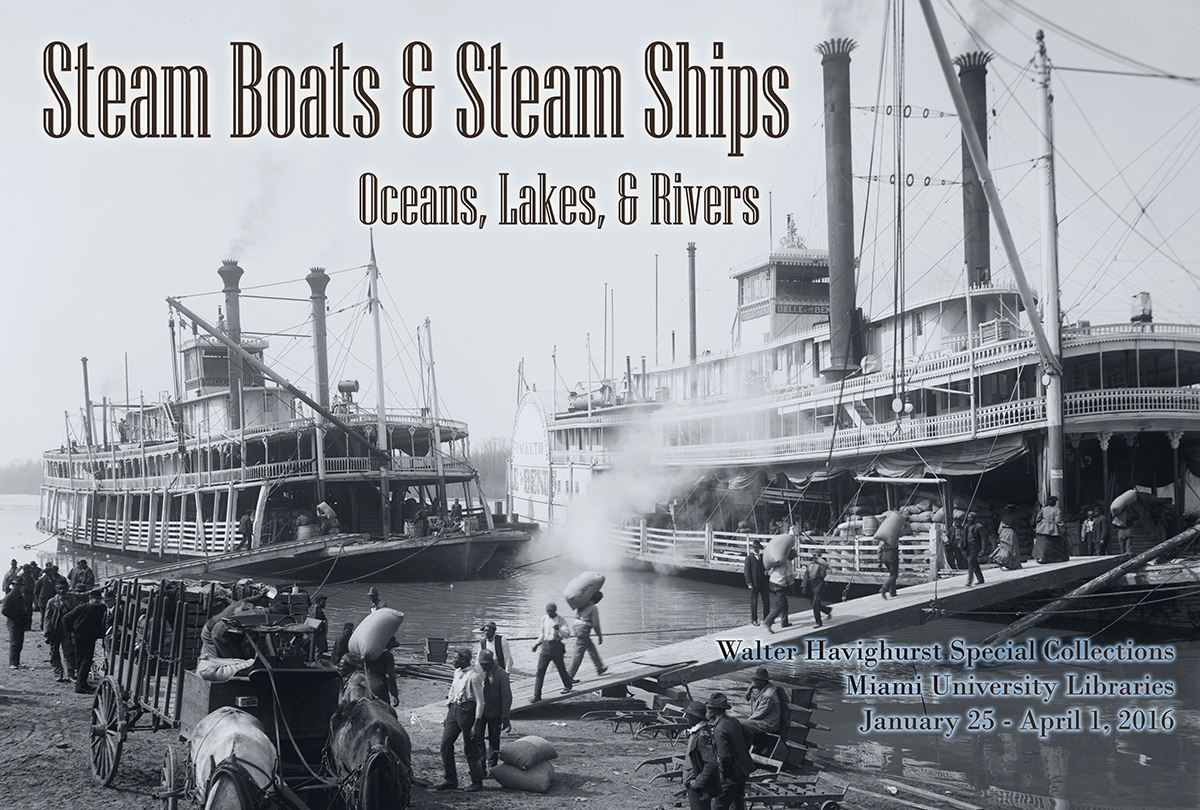 Until comparatively recent times, American travelers going to Europe, Asia, South America and other destinations, had to go by sea. Foreign travel generally involved a ship. Ships were not fast by modern standards. A trip to Europe, roughly three thousand miles, often took a week. Sailing vessels were slower yet, a west bound ship took thirty to thirty-four days to cross and the return trip was forty or more days. Nor were steam ships especially safe, though disasters such as the Titanic sinking, were exceptional. Sea sickness was another negative aspect of sea or lake travel yet most passengers seem to get their sea legs by the third day of the voyage. Yet sea travel could be pleasant if the weather was good and one could afford first or second class passage. Crews were attentive, the food was excellent and you might be invited to dine with the Captain.

The exhibit also treats navigation on the inland rivers, as well as the mighty Hudson. Great Lakes vessels are also included. Illustrations include most ship types, with interior and exterior drawings and photographs. Advertisements of the period are included and engineering details are at least alluded to but it is essentially a non-technical exhibit that hopefully captures the reality and the romance of water transportation. The show is from an American perspective and concentrates on passenger travel.