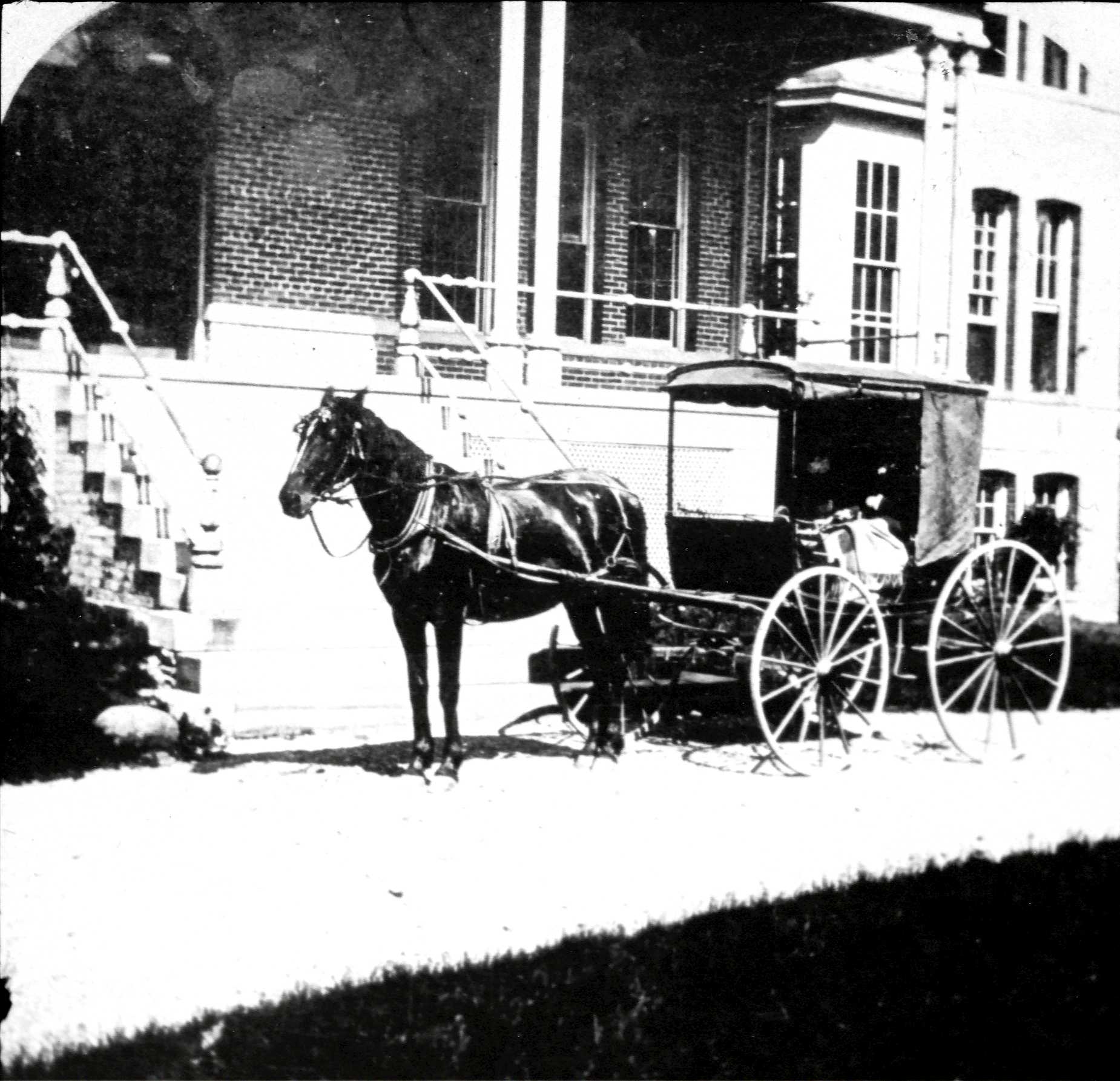 Billy and The Ark Buggy: There had been generations of carriages and, though each one was less “arkish” than its predecessor, each had borne the traditional name. The original ark with its leather curtains which insured privacy to the teachers of Seminary days. It was a familiar sight on the streets of Oxford. 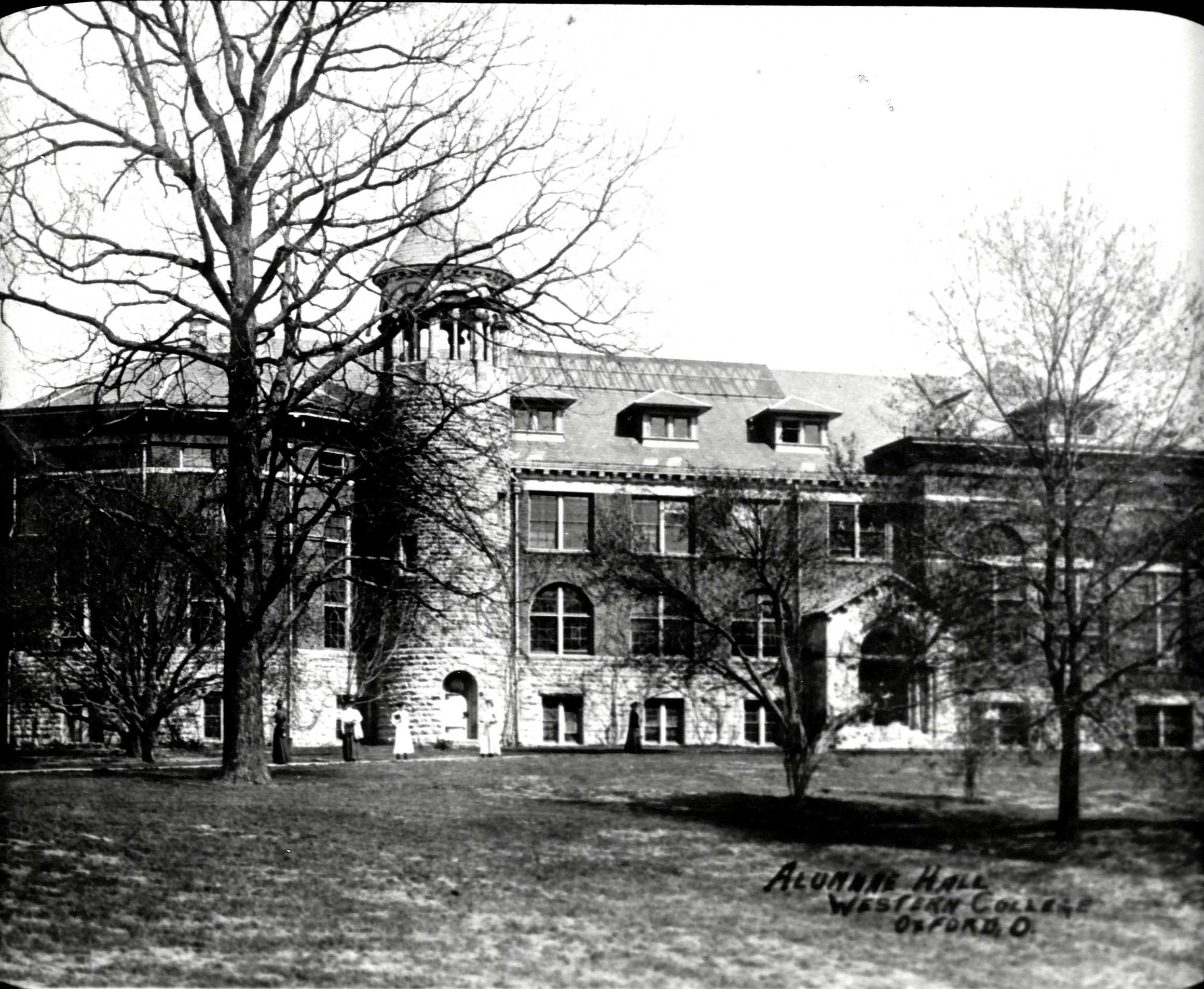 Alumnae Hall: Completed in 1892 the building was constructed with financing from alumnae, and used by students as a library, laboratory area and art department. The building Contained an elaborate stained-glass piece, The Tillinghast Window, that was later displayed at the Chicago World’s Fair, and is now in Kumler Chapel. Prior to its razing in 1977 it was located between Boyd Science Hall and Peabody Hall.

Duck Pond with Peabody and Alumnae Halls: It is a man-made pond and home to two swans donated to Miami University. The Ice House was converted around 1900 to a boat house when the water level in the pond reached new levels. The Bridge over the pond was designed and built by Cephas Burns. 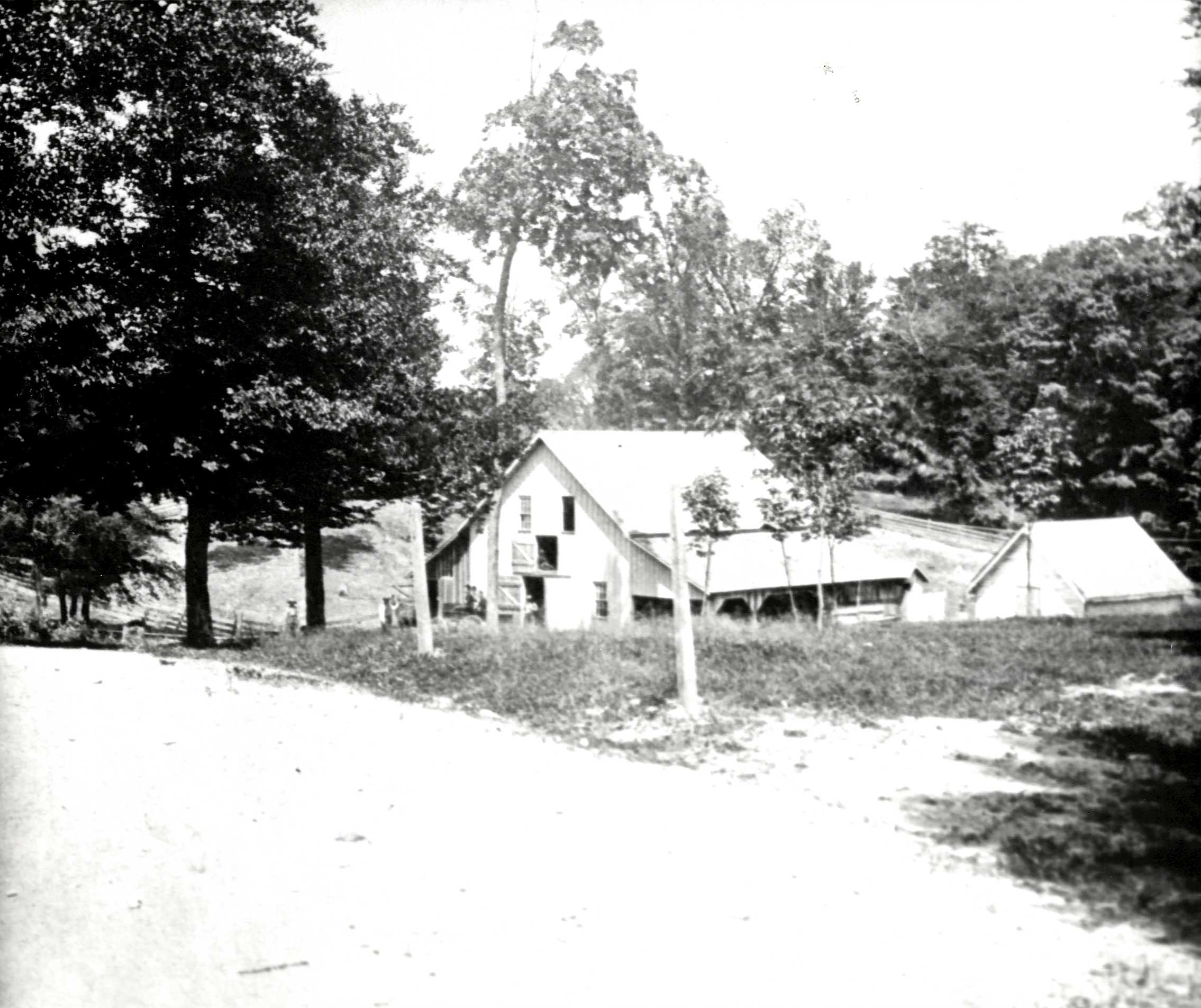 Western Barn: The farm was organized during the early days of Western. It consisted of a dairy and horses. In the summer of 1918, the Western Farm Service was formed to help utilize the summer growing months. Students or the “Farmerettes” were given room and board as well as five dollars a week. In 1930, the McCullough family gave the Heath Farm to Western. In 1931, Western acquired a tobacco farm in the Georgetown, Ohio area. In 1932, Western acquired yet another farm from the Fudge family. Between 1951 and 1954 Western’s farms were sold. 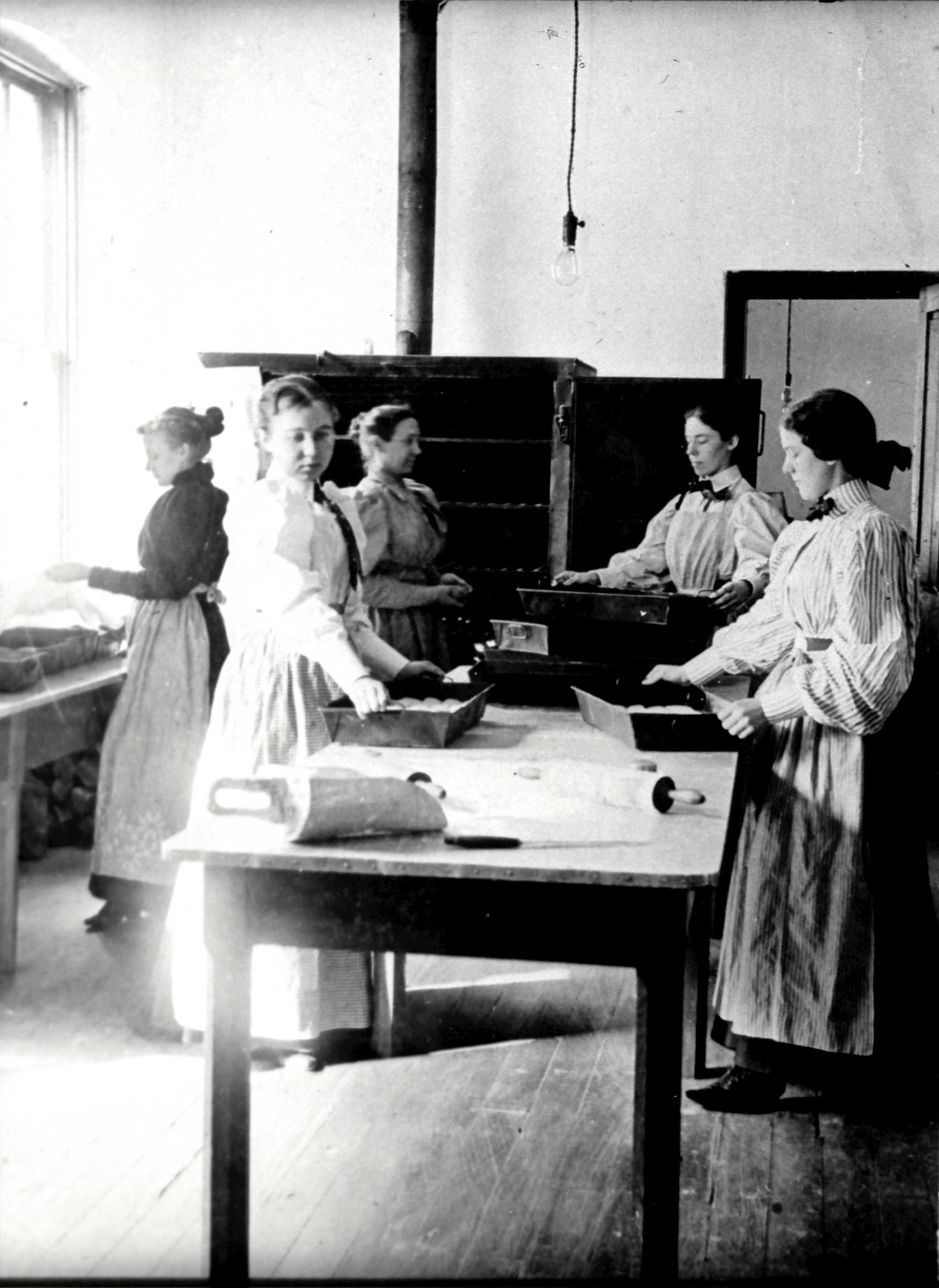 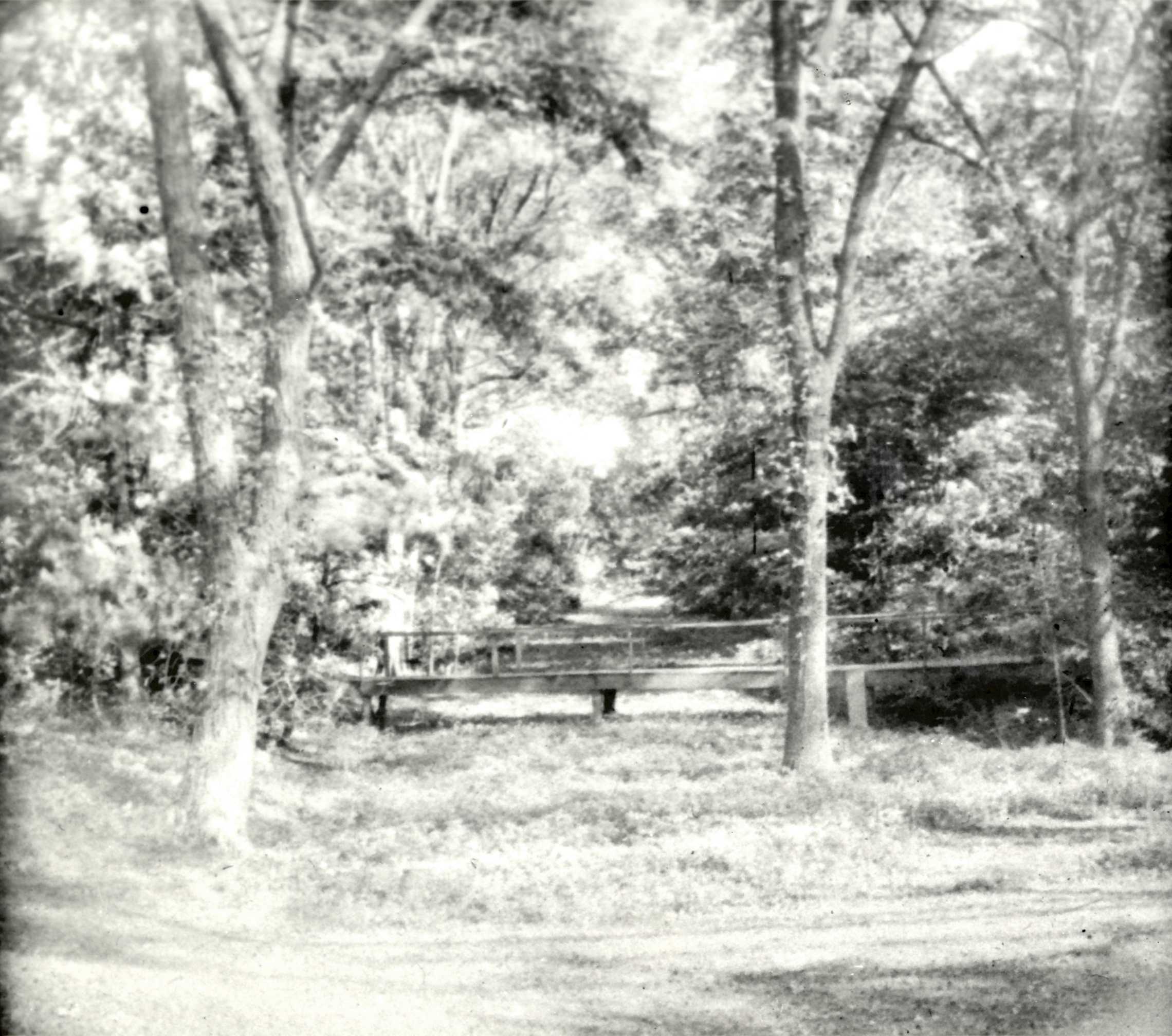 Wooden Bridge: Early bridges at Western were in poor condition at best and considered dangerous and unstable. The university replaced these unstable bridges with bridges designed and built by Cephas Burns who used stone to replace the wooden bridges . Burns took great pride in his work and controlled details to the extent that he selected all the stones used in bridge construction from local creeks and quarries.

Dexter Peabody behind Peabody Hall with Sheep: Western’s farms, on the whole, were utilitarian and practical in nature in that they were used to supply the food for the college. A variety of crops such as tobacco, potatoes and animals such as horses and sheep were also raised. 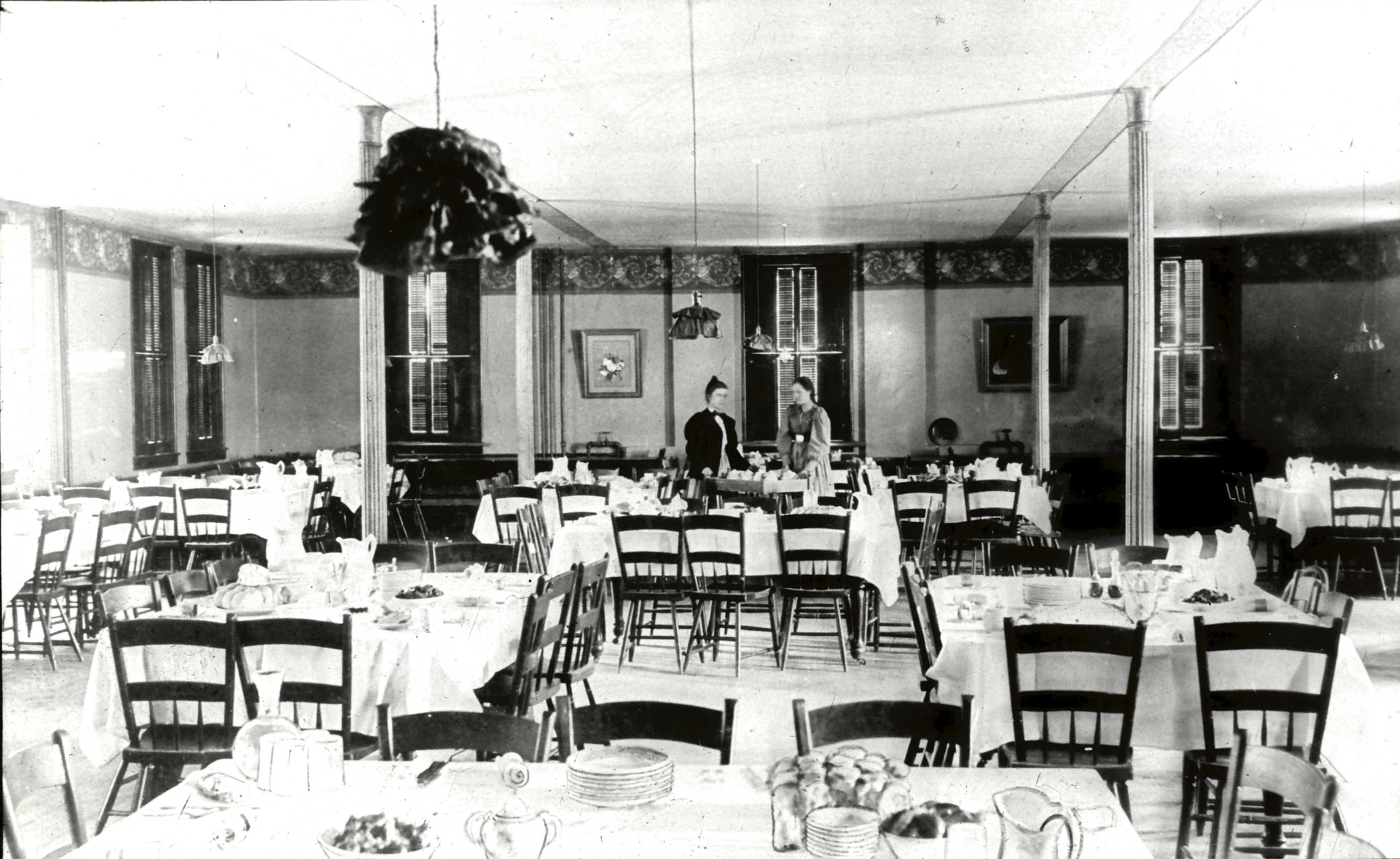 Dining Hall in Peabody Hall: Peabody Hall was the first edifice constructed on the Western Seminary campus and was used to house administrative offices, dorm rooms and the dining hall for the Western family. It was here where the students, faculty and staff interacted on a personal level. 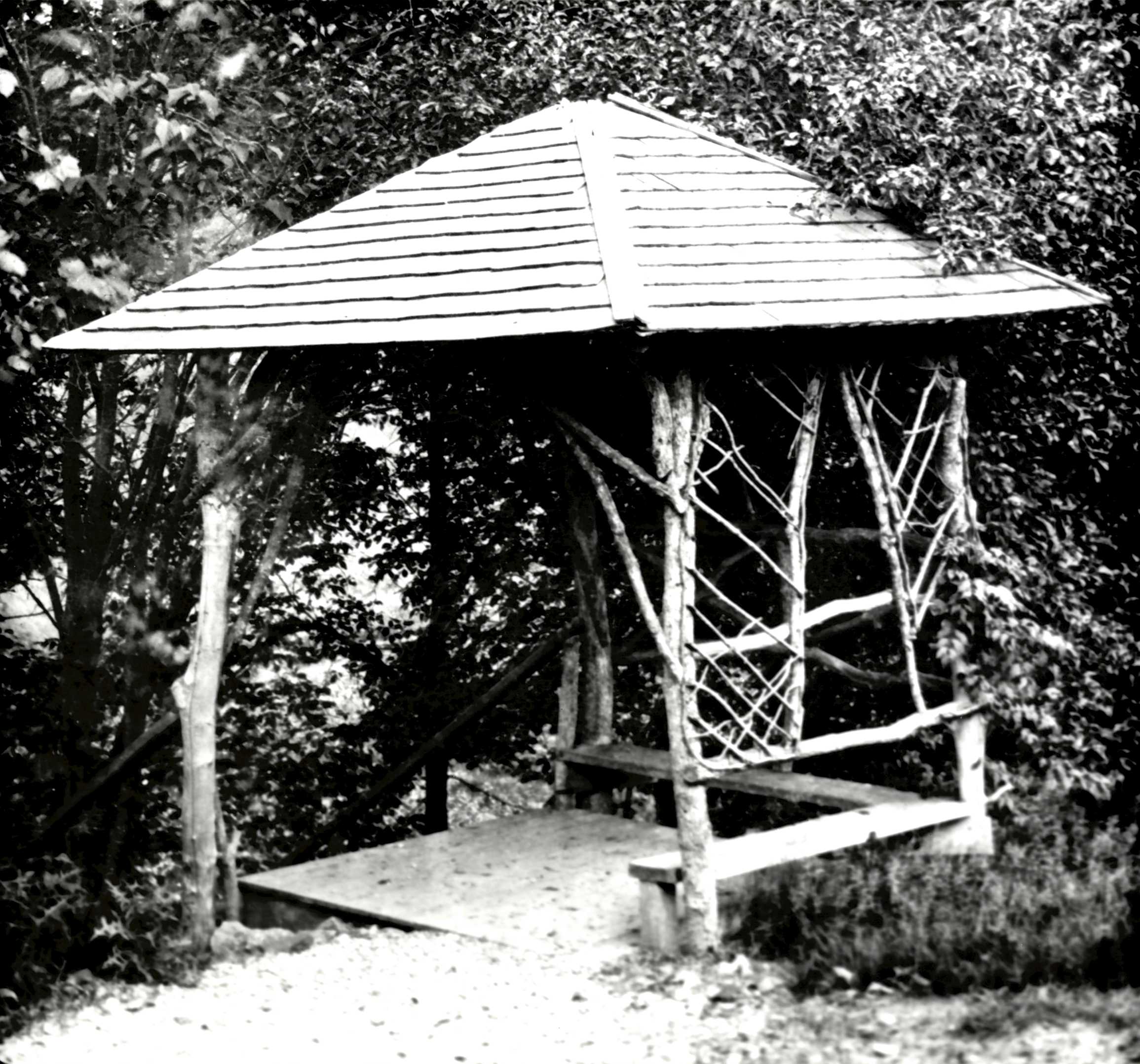 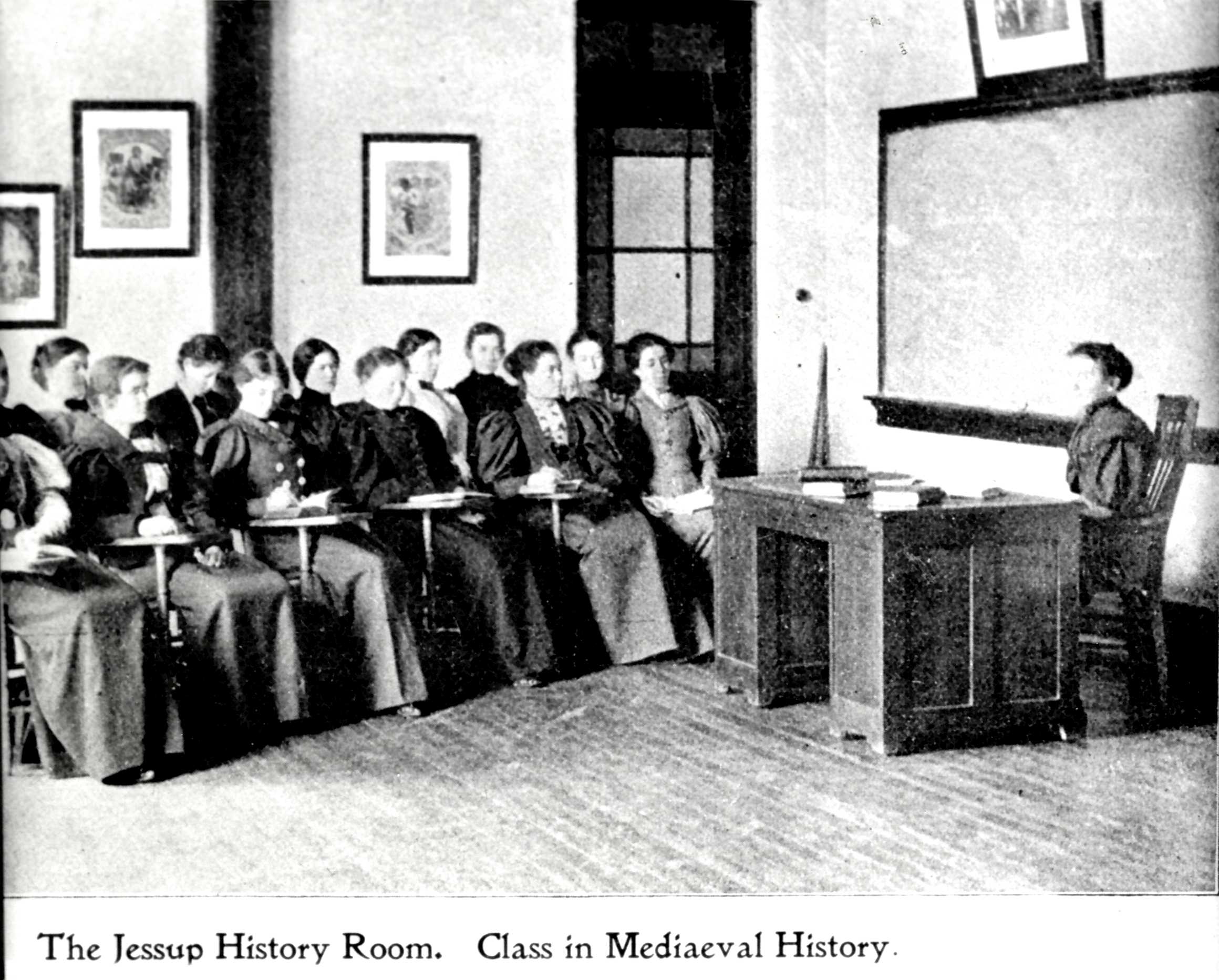 Miss Emily Jessup’s class history: Miss Jessup arrived in Oxford, Ohio in 1863 and taught for thirty years at Western College. Jessup was considered a powerful influence in the affairs of Western. She was an excellent teacher and much beloved by the students. 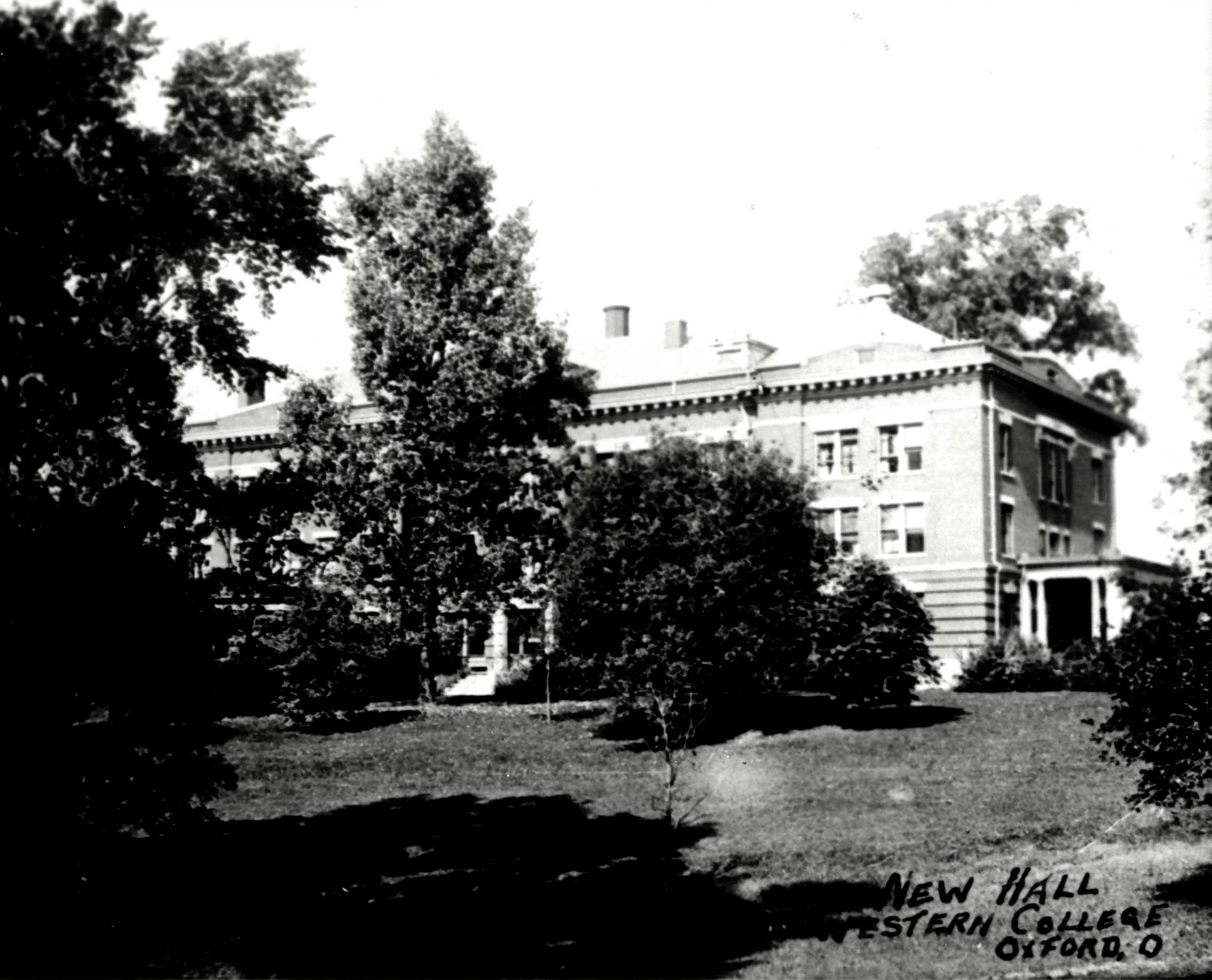 New Hall (McKee): Completed in 1904 it was Originally named “New Hall”. In 1917 it was renamed after Leila S. McKee, an alumna, president, and trustee of Western College. It is one of three original dorms still in use for students who reside on the Western campus. 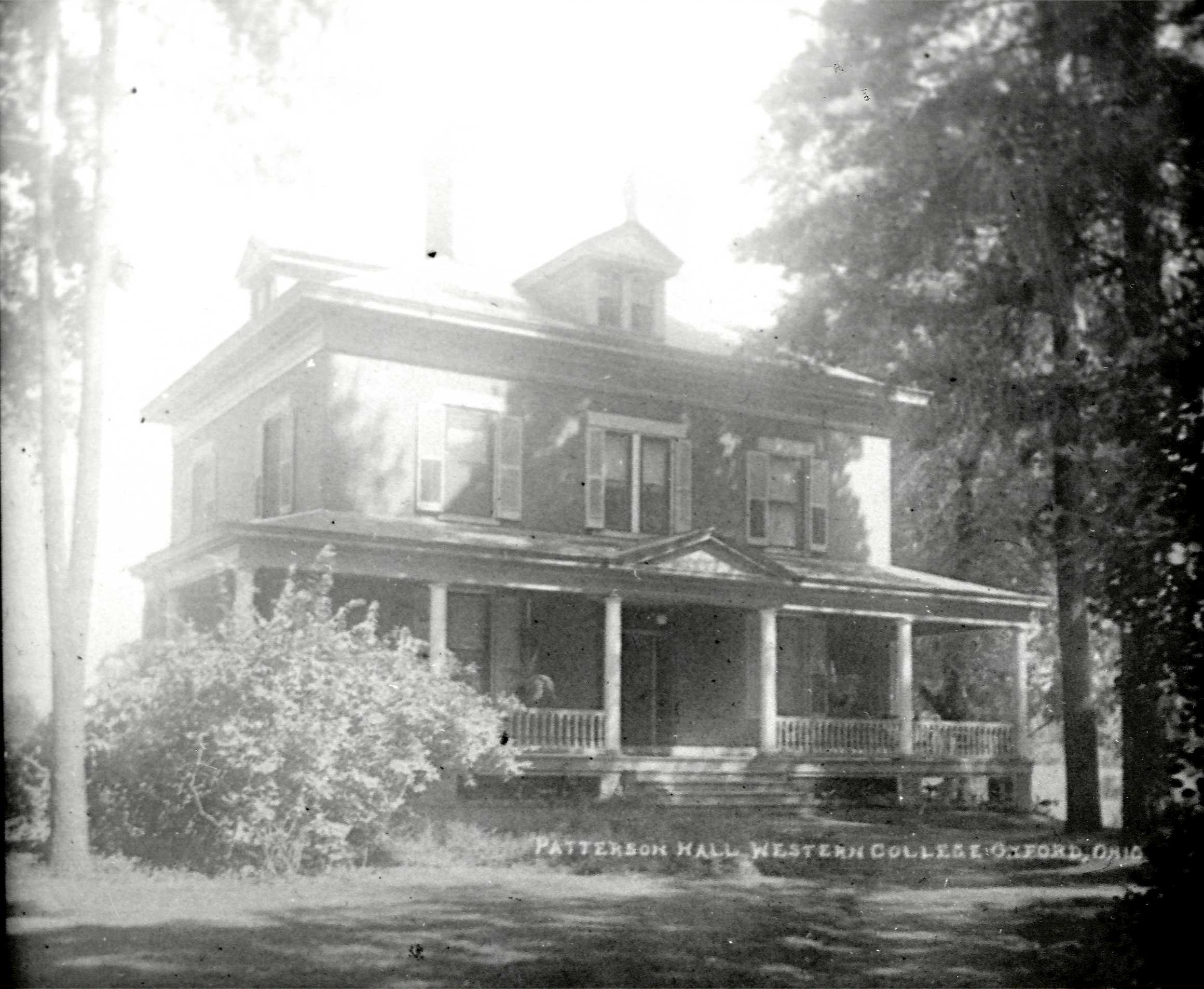 Patterson Place: Now a museum and the offices for the Western College Alumnae Association it was completed in 1898 and originally named “Glenwilde”. It was used as a summer home by James R. Patterson, and was his residence at his time of death in 1913. Patterson house and land were given to Western College in 1914 and renamed “Patterson Place”. It was the official residence of Western presidents until 1974. 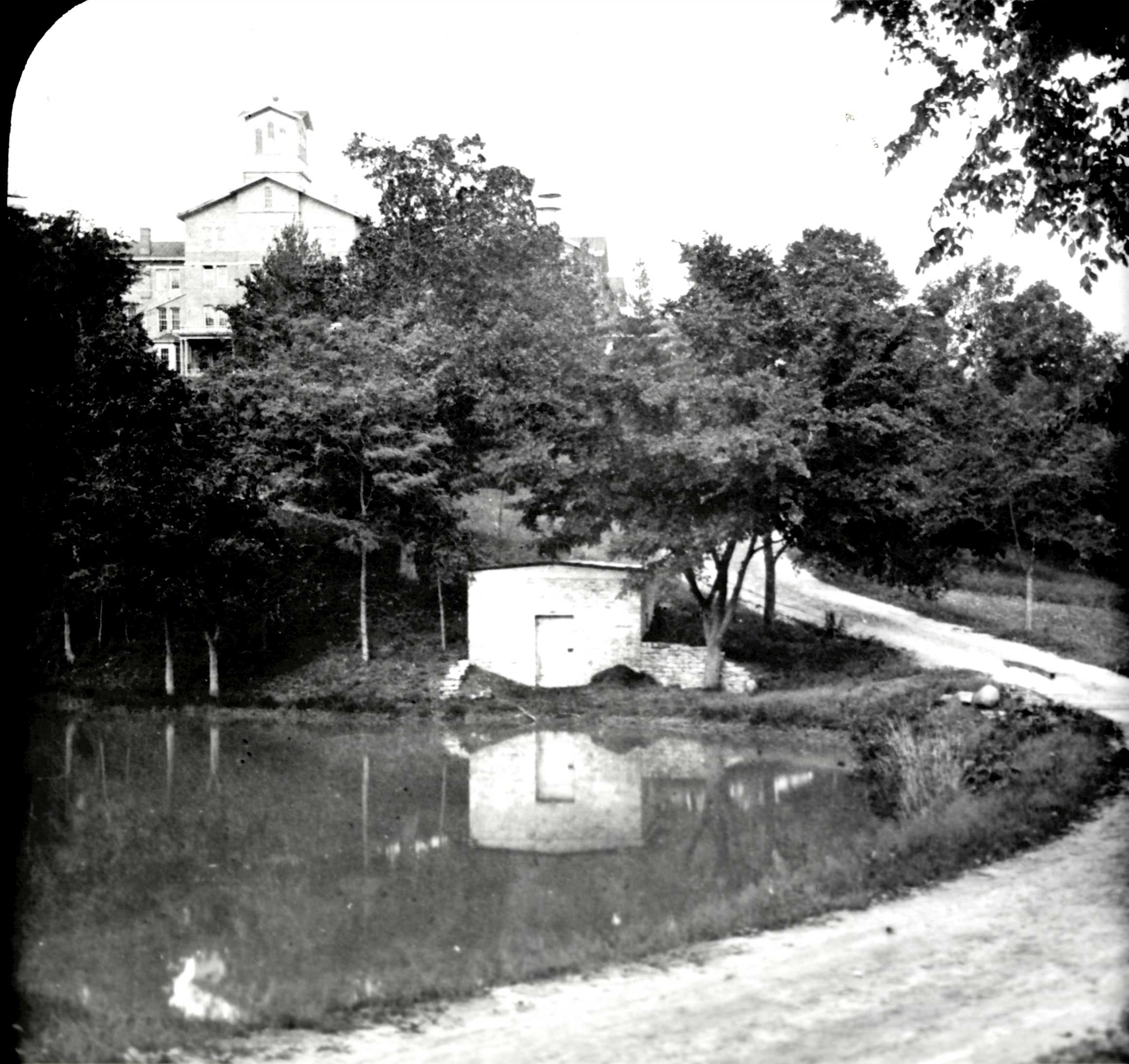 Duck Pond with Peabody Hall: It is a man-made pond and home to two swans donated to Miami University. The Ice House was converted around 1900 to a boat house when the water level in the pond reached new levels. The Bridge over the pond was designed and built by Cephas Burns. Completed in 1855 the building in the Background was originally named “Seminary Hall”. It was renamed in 1905 after Helen Peabody, founder of the Western Seminary. 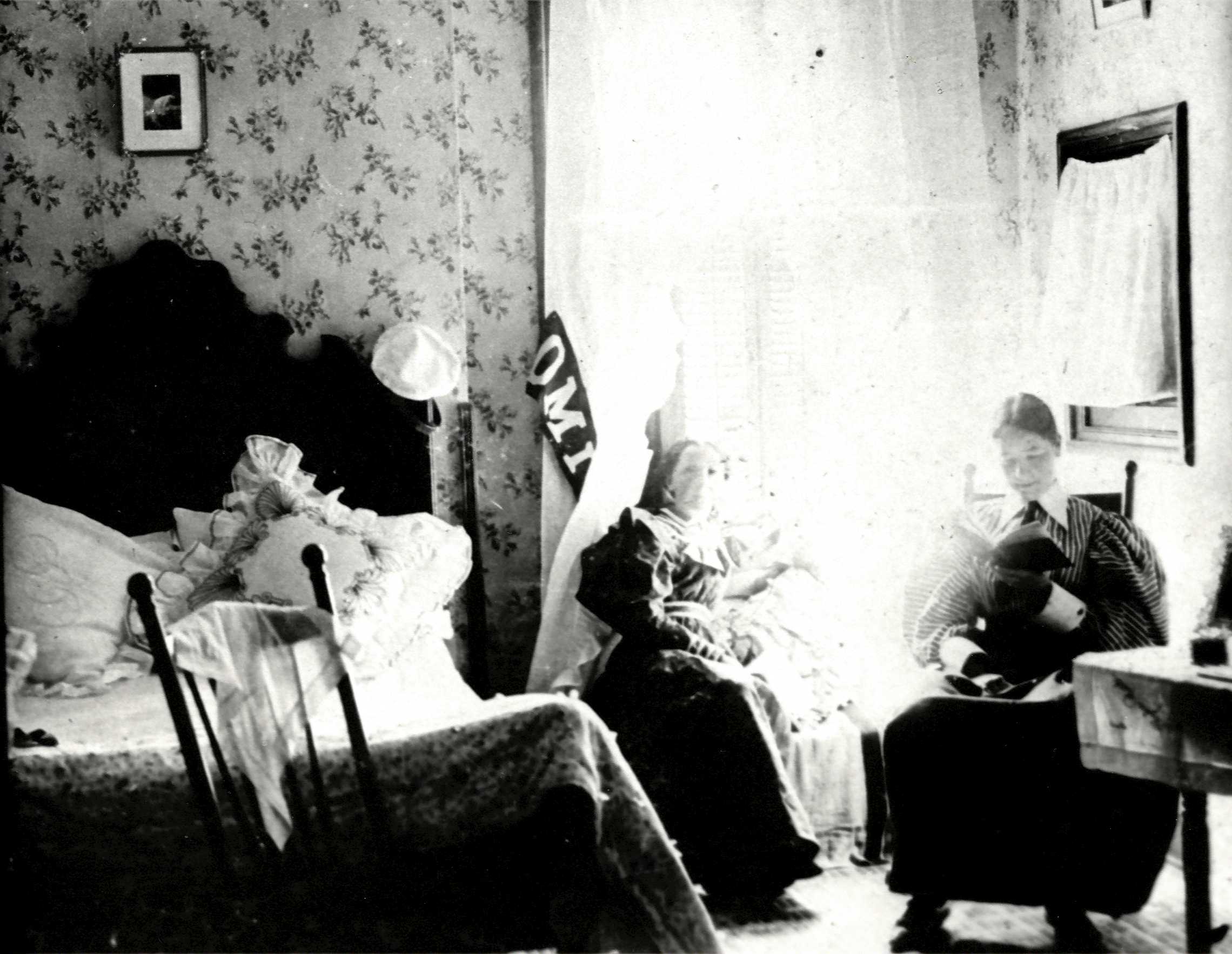 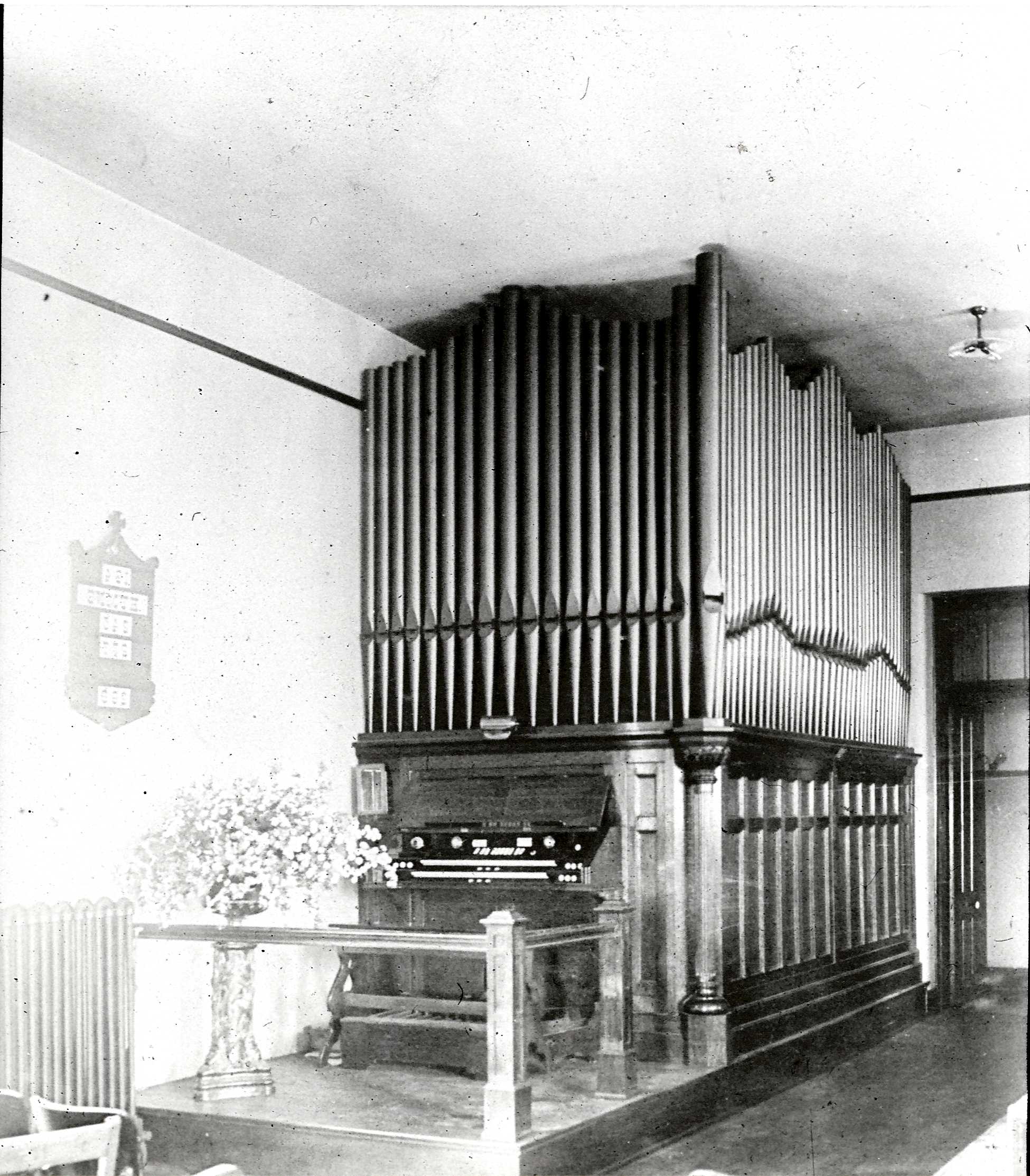 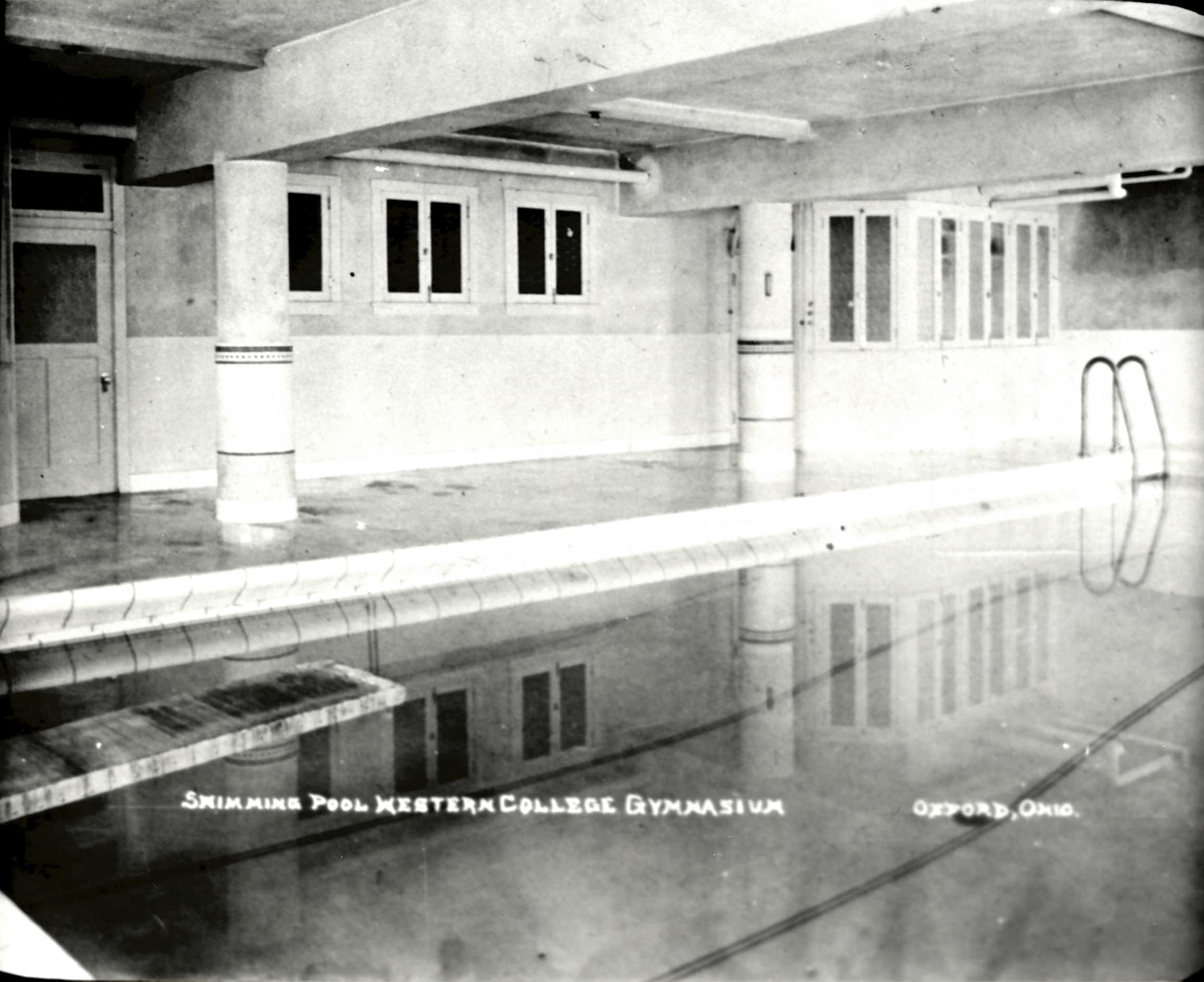 Sawyer Gymnasium: Named after Mary Alma Sawyer, former Dean of Students was completed in 1914. It housed a swimming pool and gymnasium equipment and used for storage and Ernst theatre dressing rooms. It currently houses offices for the Miami Physical Facilities Department. 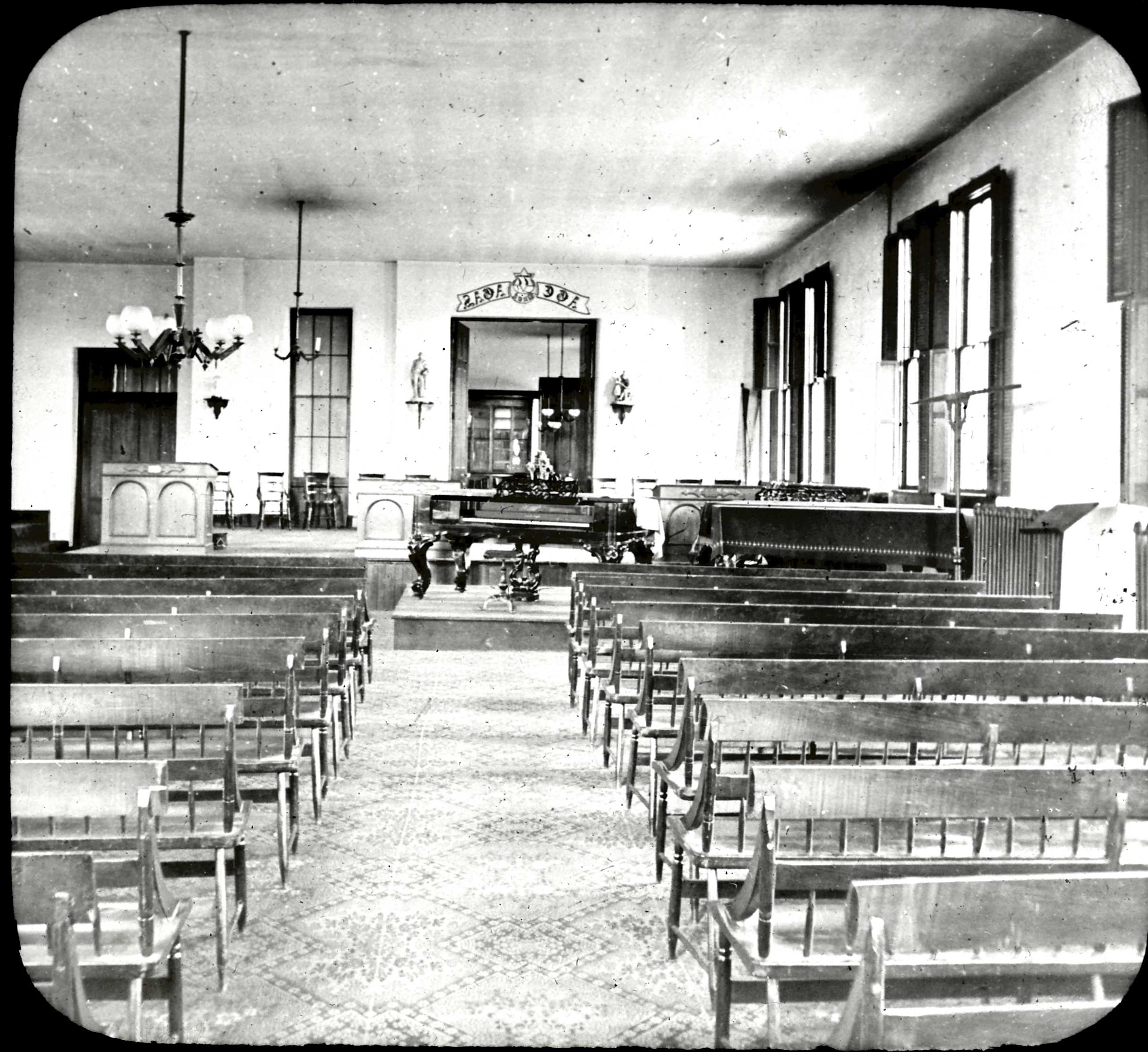 Peabody Hall Parlor with Green Stool: This parlor was use for social interaction and features the famous green stool which was used by Helen Peabody to punish offenders. This gave rise to the ominous expression “going to sit on the green stool.” The student would sit on the stool until she confessed her guilt. Miss Peabody was said to be strict, but also very kind. 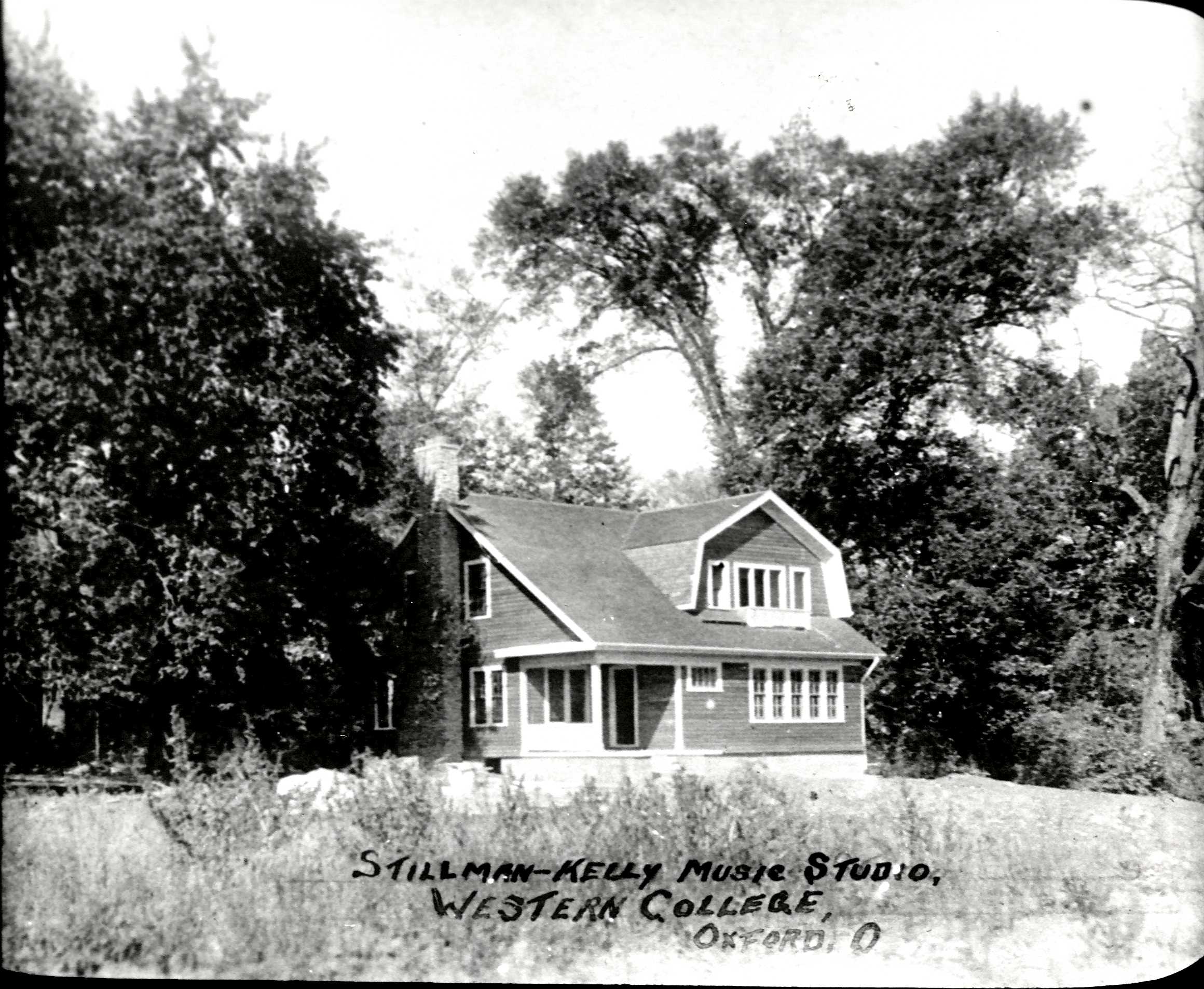 Edgar Stillman Kelley’s Music Studio: Completed in 1916 it was originally used as the studio and home of Edgar Stillman Kelley, artist-in-residence at Western College. The construction was financed by the fundraising efforts of the class of 1916, of whom Dr. Kelley was the faculty sponsor. The home is now used by incoming faculty and administration at Miami.

Two students Performing Domestic Duties: Western College was one of the first in the country to offer academic credit for domestic science. All members of the school were expected to aid to some extent in the domestic work of the seminary. 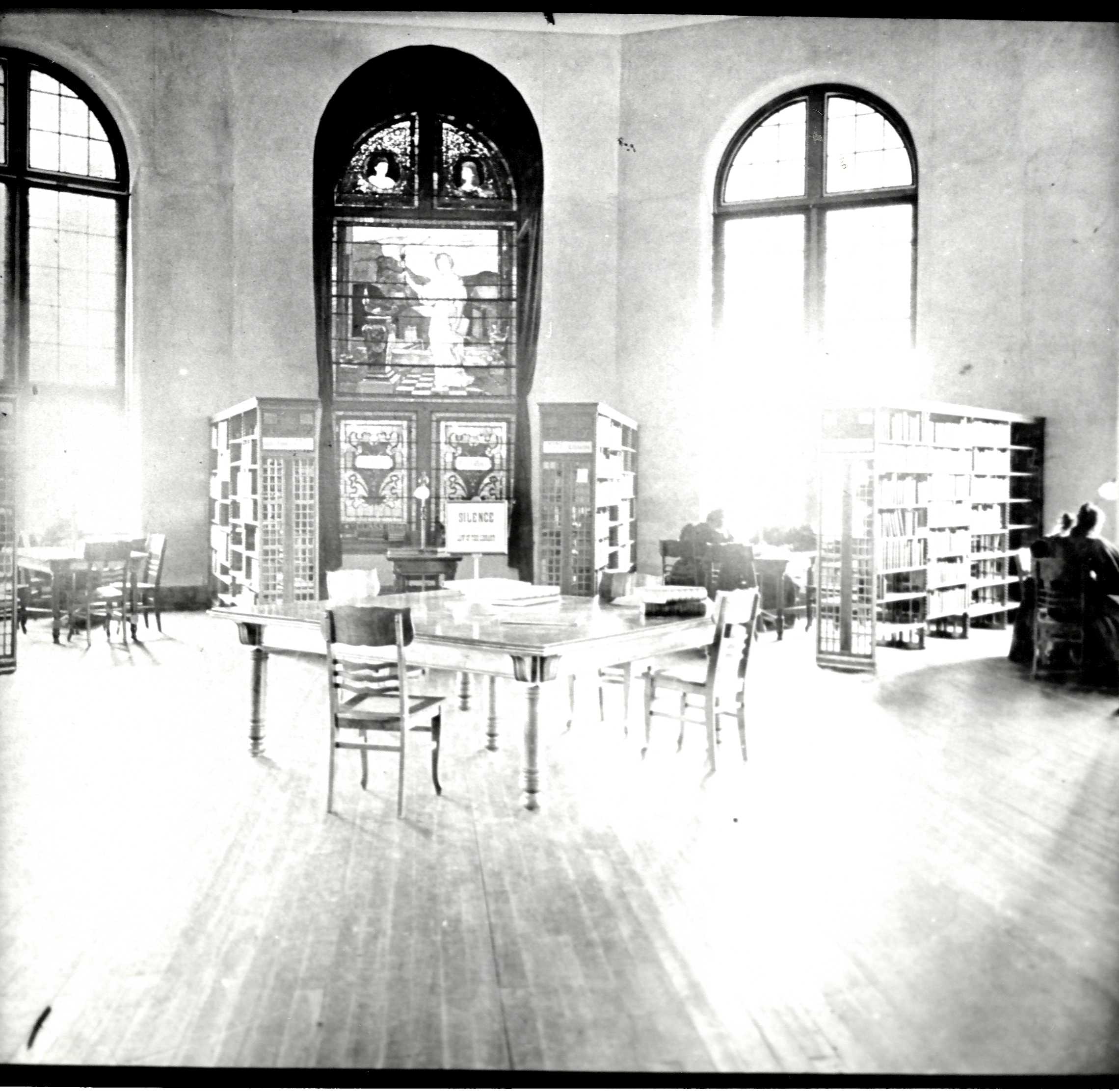 Tillinghast Window in Alumnae Hall: This elaborate stained-glass piece was a memorial window and gift from the class of 1866. It was originally designed for Alumnae Hall and placed in the north end of the library. The Tillinghast Window, was designed by Mary Elizabeth Tillinghast a famous embroidery and stained glass window artist that was later displayed at the Chicago World’s Fair. Its central figure was a young woman standing beside an alter with lighted and uplifted torch in her hand. She was intended to symbolize the new type of inspired and independent womanhood now coming to the fore as well as to illustrate the motto of the class of 1866 suggesting the success is achieved at the price of hard work, “Per aspera ad astra.” This motto was inscribed at the bottom of the window and also “The Eleven…1866.” This gift of the eleven members of the Seminary’s eleventh class was received with great appreciation. Upon the razing of Alumnae Hall the window is now in Kumler Chapel.