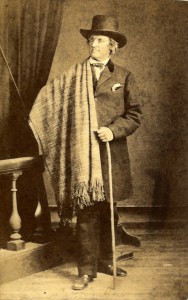 Waldo F. Brown Collection: This collection includes diaries kept by Waldo F. Brown or his family from 1853 through 1917, together with address books and account books. Ordnance papers of the 4th Ohio Volunteer Cavalry from 1863 through 1866 are also included in the collection.