From the Stacks: The Robinson Collection

I recently came across an older brochure for a collection of sixteenth, seventeenth and eighteenth century books in our stacks referred to as the Robinson Collection. I had not seen the brochure before and was intrigued by the description of the collection. I found a folder in the department files containing the records and correspondence pertaining to the Robinson collection, including a list of the books.  We often don’t know how books have ended up in our Special Collections, so finding these records was quite a treat for me, and seems like a story worth sharing. 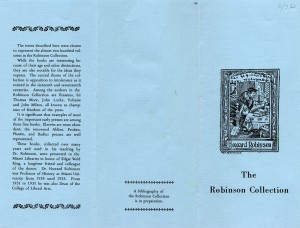 The Robinson Collection brochure outside 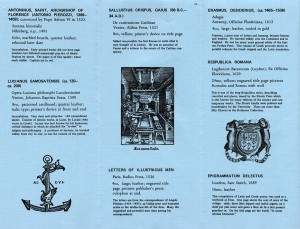 The Robinson Collection brochure inside

Howard Robinson joined the faculty of Miami University in 1924 as Professor of History. He soon struck up a friendship with Edgar Weld “Ned” King, the Librarian at Miami. Both men were book collectors and, together, they used to go searching for old and rare books. Our Edgar W. and Faith King Collection of Juvenile Literature resulted in part from King’s book collecting interest. Robinson left Miami in 1935 to join the faculty at Ohio State University. Two years later he moved to Oberlin where he was professor of British History, and later served as Acting Dean of the College of Arts and Sciences. He retired from Oberlin in 1949. His close friendship with King continued until King’s death.

In his later years Robinson wanted to place his small library of rare books where it would be of benefit to others. After considering other institutions he finally chose Miami University so that his gift could honor and serve as a memorial for his friend “Ned” King, who had passed away in 1969.

Robinson described his collection in the written inventory that he provided:

Robinson chose this depiction of Erasmus for his personal bookplate.

There are about 200 books in the collection, which includes examples of presses from the days of incunabula (before 1501), although the earliest book in my collection was printed in 1491. The collection includes books that were published before the end of the eighteenth century, when the printed book had reached a form like those of our time. Most of the important early presses are represented along with their interesting devices. The selections, apart from miscellaneous examples of presses, tended of course, to include the writings that were of special interest to me, books of writers who were opposed to the rabid intolerance of the sixteenth and seventeenth centuries when efforts to obtain freedom of the press was being sought. Erasmus of Rotterdam might serve as an example of such a leader and his books are well represented in the collection. Another of his time would be Sir Thomas More, and later the efforts were brought to some degree of success by such advocates as John Locke, Pierre Bayle, the Encyclopedists and Voltaire. A few books published after 1800 are included because of their relation to earlier volumes in the group.

When Robinson offered his gift in 1971 construction on the last phase of King Library had begun. Dr. Charles Churchwell, then Director of Libraries, was able to tell Dr. Robinson that once the construction was finished his collection would be housed in the new Special Collections.

The Robinson Collection was received by Miami in 1972.  An exhibit of select books from the gift were on display in May of that year when Dr. and Mrs. Robinson visited King Library. In a letter to the Head of Special Collections, Helen Ball, he writes: “I was decidedly impressed with the new library, as you showed it to me on Tuesday. It is a fitting memorial to my friend, and seems to be well planned. I want to thank you also for the display that the visitors on Monday evening were able to look over, and for the folder with its interesting description and illustrations.”

The illustrations below are from the two incunabula from the Robinson Collection. 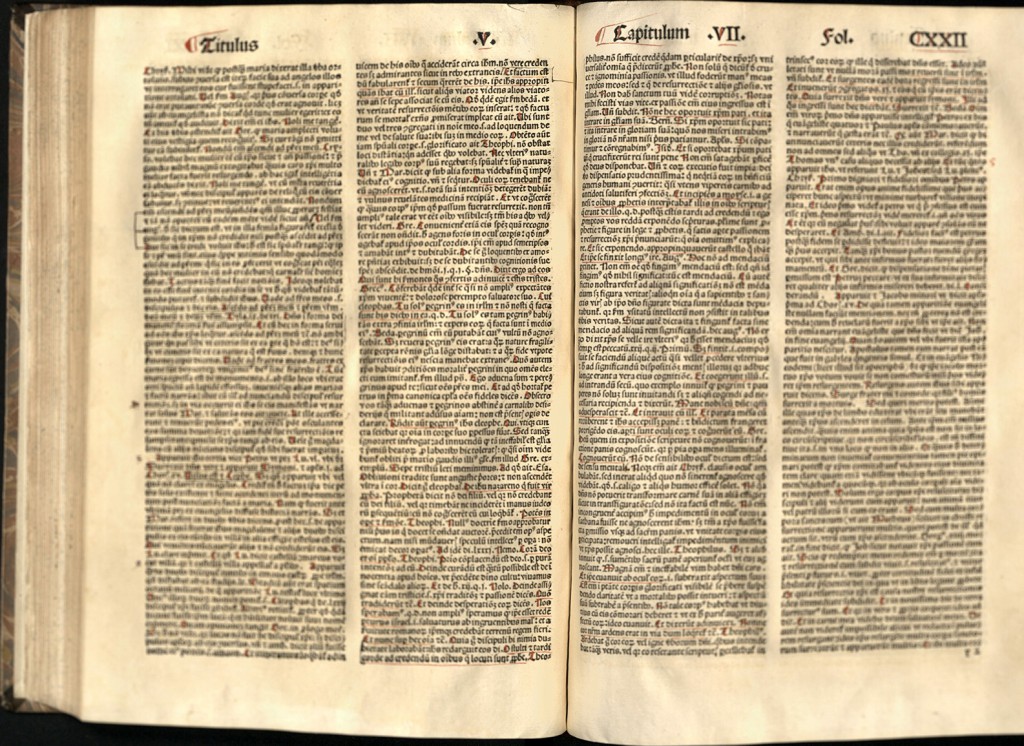 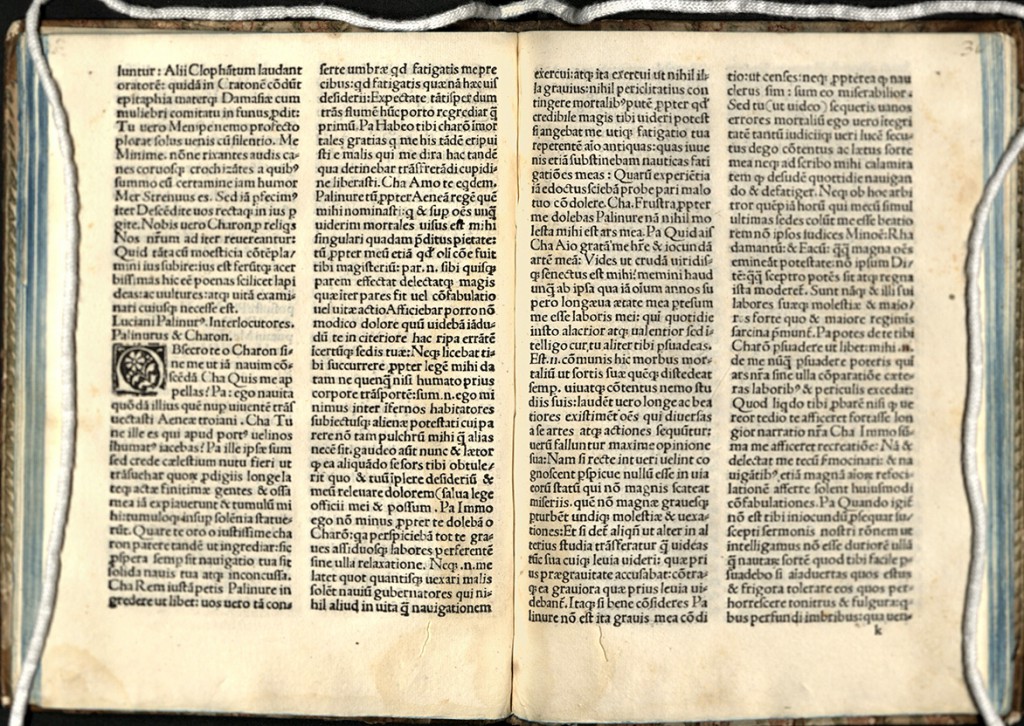 We are fortunate to have this collection here, and it is fitting that it shares the same home as the Edgar W. and Faith King Collection of Juvenile Literature.