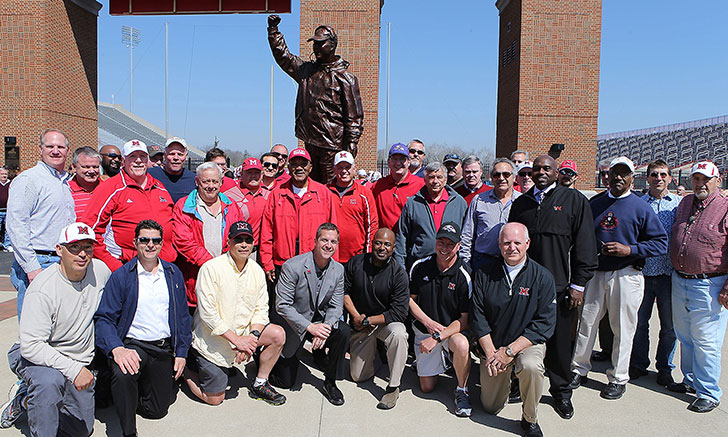 Harbaugh and former Miami players at the statue unveiling.

Long before Harbaugh was the coach of the Baltimore Ravens, he was a student here at Miami University.  He attended Miami from the fall of 1980 until he graduated in the spring of 1984.  While here he played football as a defensive back for coaches Tom Reed and Tim Rose and was a teammate of former Miami Head Coach Don Treadwell.  After graduation he joined his dad, Jack Harbaugh at Western Michigan University, where his father was the head coach.  John coached the running backs and linebackers for three seasons before moving on to the University of Pittsburgh.  At Pitt he coached the tight ends under head coach Mike Gottfried.  Former Miami head coach Sid Gillman was also a member of this staff.  After one season in Pittsburgh Harbaugh joined Bill Baldridge’s staff at Morehead State University as the special teams and secondary coach. 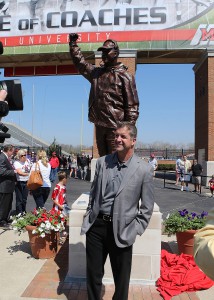 In 1989 Harbaugh was hired by the University of Cincinnati to coach the special teams.  He spent eight seasons in Cincinnati under two head coaches, Tim Murphy and Rick Minter.  Here he worked with his future defensive coordinator and current New York Jets head coach, Rex Ryan.  After leaving Cincinnati, Harbaugh spent one season with the Indiana Hoosiers under Cam Cameron.  1998 was the year the Coach Harbaugh made the leap to professional football as the special teams coach of the Philadelphia Eagles, a position he would hold for nine seasons.  His first season was under head coach Ray Rhodes, the rest were with Andy Reid.  His final season in Philly he coached the defensive backs.

On January 19, 2008, John Harbaugh was named Head Coach of the Baltimore Ravens.  In his first season as a head coach he led the Ravens to an 11-5 record and a playoff appearance.  Harbaugh would lead the Ravens to the playoffs in each of his first five seasons and his record of 54-26 over those five seasons was the best in the NFL.  He is also the only coach to win a playoff game in each of his first five seasons.  His current record, in six seasons, is 62-34 in the regular season and 9-4 in the playoffs. 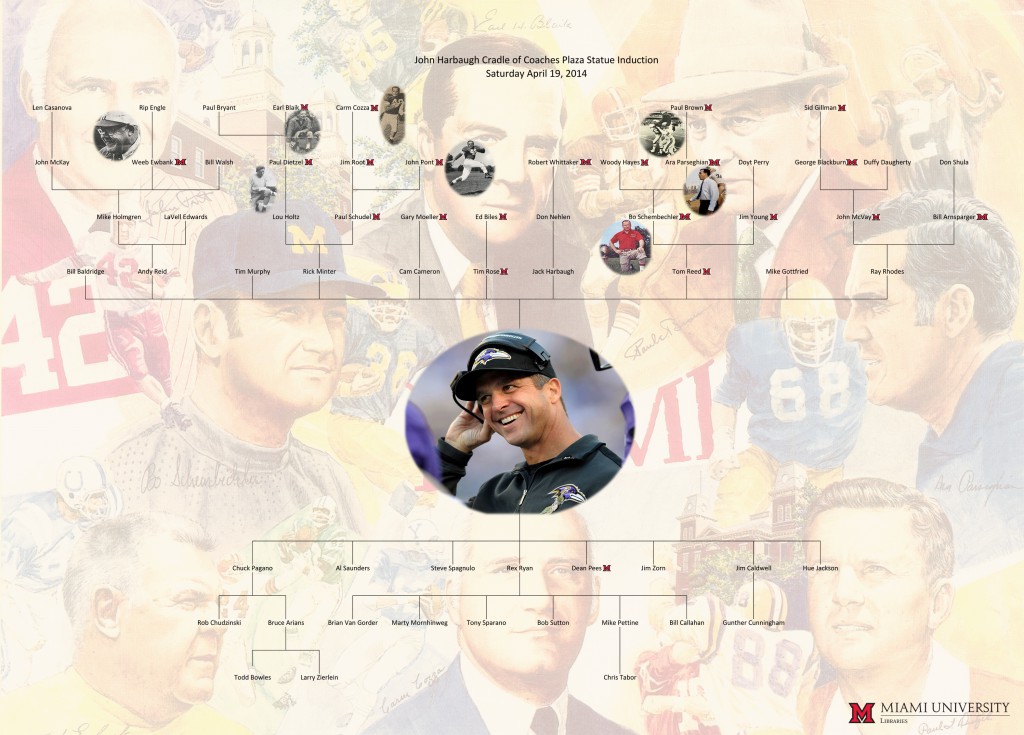 While these are all impressive feats, Harbaugh’s most impressive feat is coaching the Ravens to a victory in Super Bowl XLVII.  This game was a battle of the Harbaughs as his brother Jim was the Head Coach of Baltimore’s opponent the San Francisco 49ers.  The Ravens was 34-31, earning John the right to a statue in the Cradle of Coaches Plaza outside of Yager Stadium.  In order to receive a statue you must have graduated from Miami University and either won a championships (NFL or FBS), bee named Coach of the Year (NFL of FBS) or been inducted into either the NFL or College Football Halls of Fame. 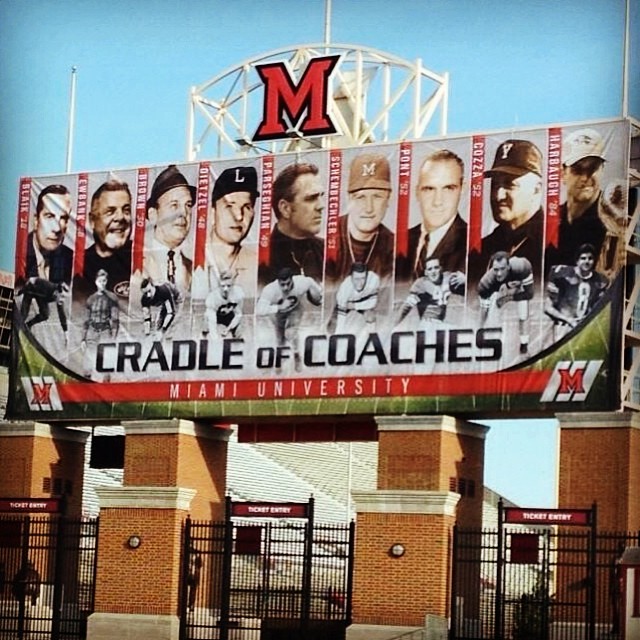 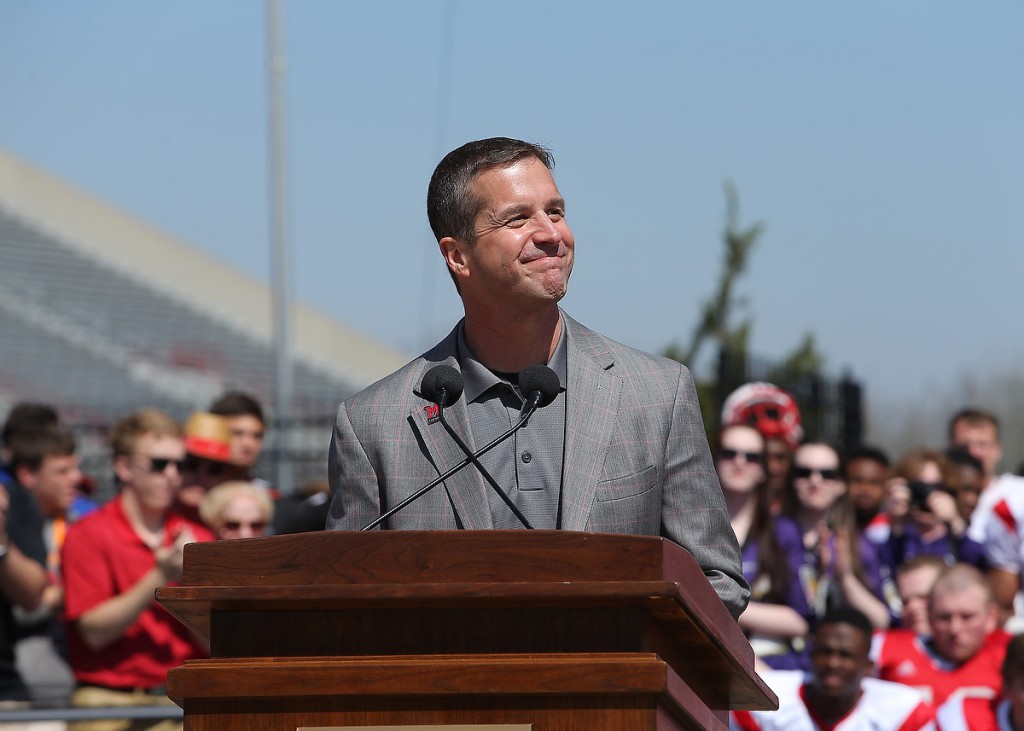